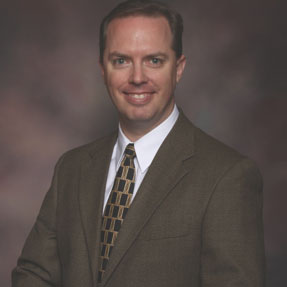 Dr. Schmidt is a native of Fremont and went to Linden elementary school. He graduated from Fremont High School in 1990 then attended Nebraska Wesleyan University in Lincoln, Nebraska from 1990-1994. He graduated with his Doctor of Optometry degree from Southern College of Optometry in Memphis, Tennessee in 1998.

Dr. Schmidt has been in practice for 17 years and specializes in Contact Lens, Eye Infections, Foreign Body Removal, Eye Allergy, and LASIK Co-Management. He is an IDOCs member and was named Best Optometrist & Optical in Fremont, 2016.

When asked what made him specialize in his field, he says, “A great neighbor that lived across the street when growing up, Dr. Macaluso, was an optometrist. I talked to him at length many times about the field of optometry. It was easy to see his love for the profession and he was a good person to model after. Also, my older brother Curt and his wife Jill are both optometrists that practice in Jacksonville Florida."

He and his wife Tina have been married for 15 years (they graduated from High School together!) and have three children: daughter Ashley, daughter Jules, and son Barron. Outside of work he enjoys spending time with family, watching Husker football, playing tennis, basketball, and his kids’ activities.

Please note: By appointment only!